We are a restorative justice organization brought together by a diverse group of survivors and imprisoned community members in Washington State. We build responses to harm that center the dignity and resilience of all people, and harness the collective power of communities impacted by the trauma of violence and mass imprisonment toward cultural and systemic transformation. 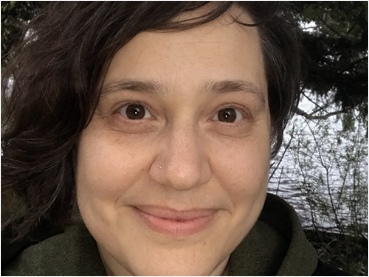 Briana Herman-Brand has been working with youth and adults for 20 years at the intersections of interpersonal healing and community-based social change... 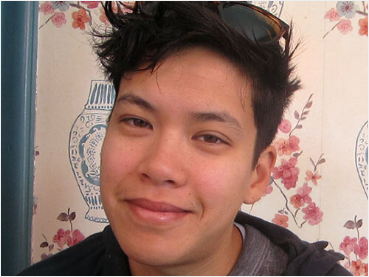 Calvin Burnap is a licensed mental health counselor in Washington state and works as a psychotherapist seeing individuals, couples, and families in private practice... 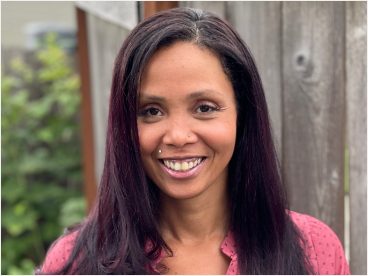 Cassandra believes in the humanity of people and is committed to working towards collective healing that starts with our youth. She comes to this work as a loved.... 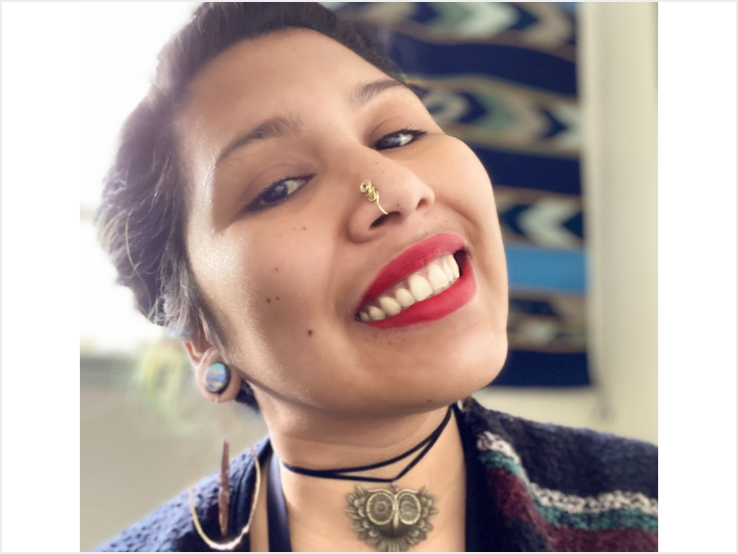 Clara (she/her/ella) is a queer, neurodivergent AfroSalvi living in diaspora. She comes to this work after a lifetime of navigating systems of oppression and violence... 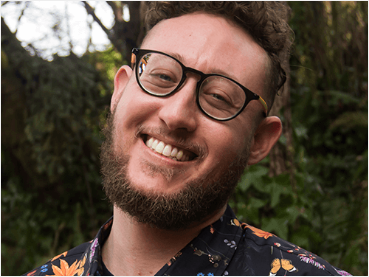 Danny Waxwing comes to Collective Justice having been immersed in prison-based advocacy projects and prisoner support work for the past ten years... 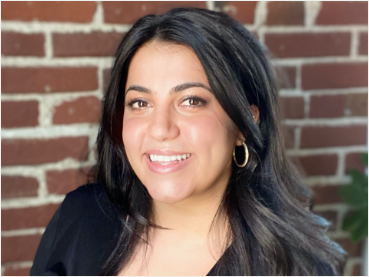 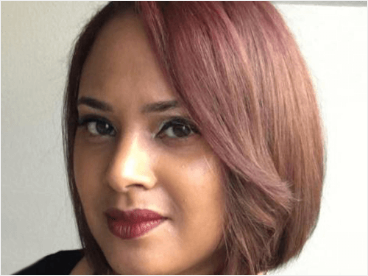 Devitta builds communities of healing and support for people most affected by violence and elevates those voices in policy discussions for community safety... 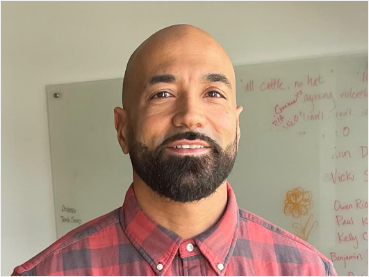 Devon is the Fundraising and Development Coordinator at Collective Justice. He spent fifteen years in prison contributing to the wellness... 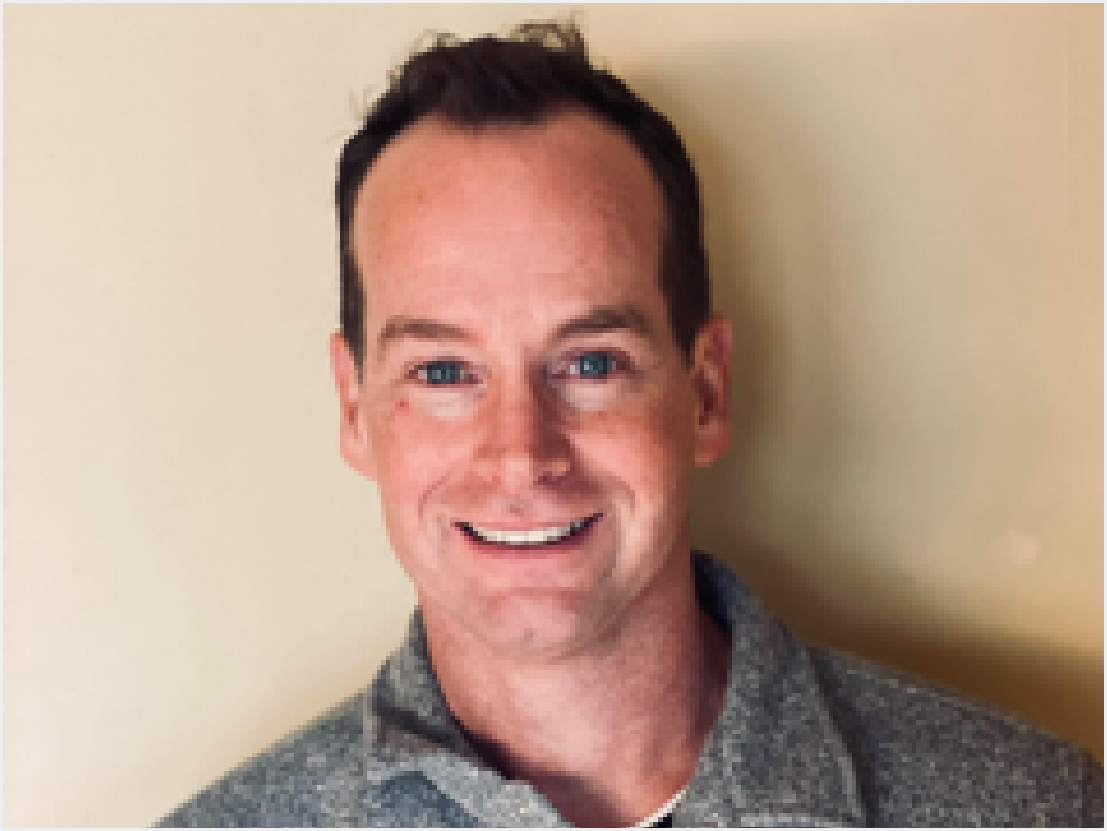 Dolphy has a long history of organizing with and for communities most impacted by oppression. He was incarcerated at the age of 16 and released at 37... 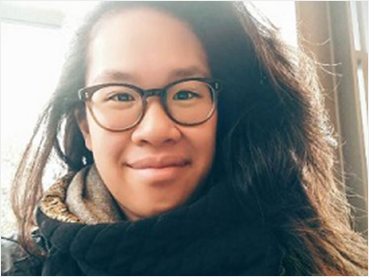 Florence or Flo (they/she) is a queer Chinese American born and raised in Seattle, occupied ancestral lands of the Duwamish, Coast Salish people. Their background... 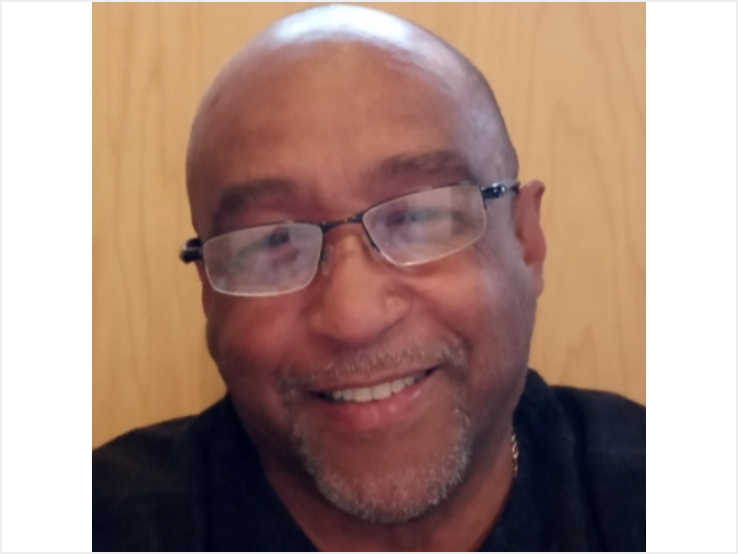 Grady Mitchell is a HEAL Circle Facilitator with CJ. He is also a Facilitator and Master Trainer for Roots of Success (RoS), an Environmental Literacy and Job Training... 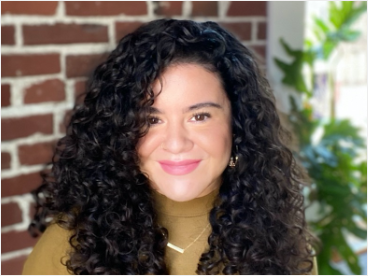 Guadalupe’s work is characterized by a profound love for people and commitment to nurturing individual and collective power. She comes to this work... 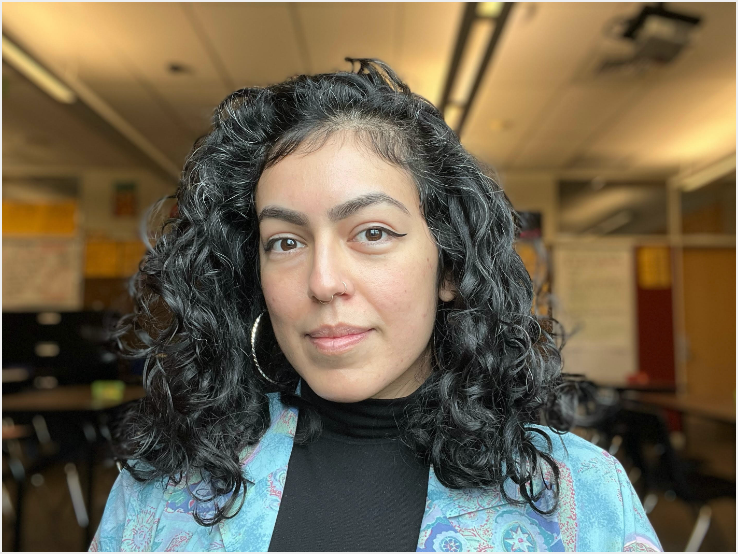 Isaura Jiménez Guerra (they/them/elle) is a queer Mexican-American non-binary femme born on occupied Tongva land; and has now lived and worked on the... 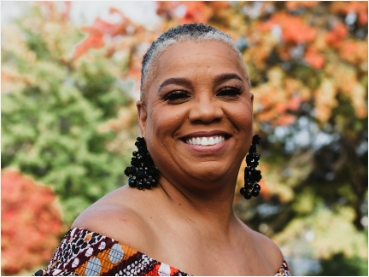 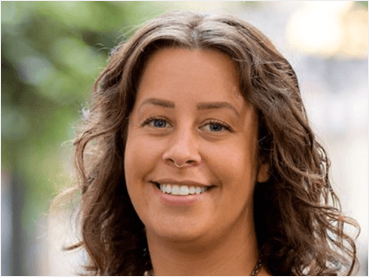 Martina is committed to the dignity, power, and agency of communities most impacted by interpersonal and state violence. Her work is shaped by her own experiences... 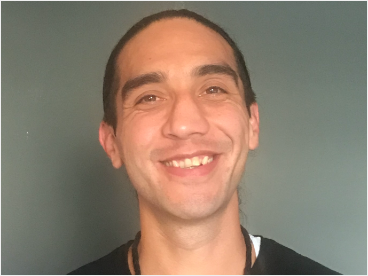 Matthew is the Dialogue & Accountability Processes Coordinator. He is a formerly incarcerated HEAL facilitator who draws on his personal experience... 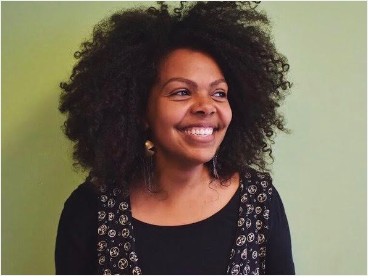 Metasabia was born in Dire Dawa, Ethiopia. Her journey, like many, is full of broken pieces, love, and transformation.  She traversed oceans, lands, and seas, to reach Seattle.... 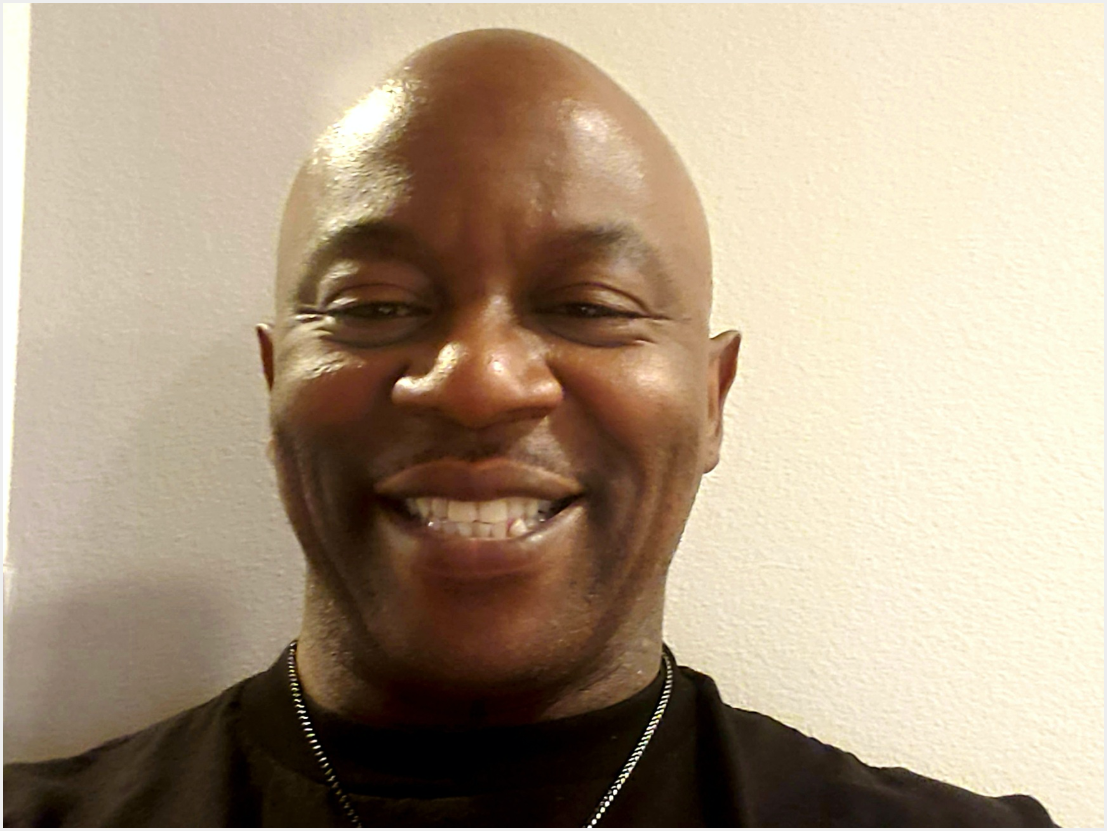 Orlando Aimes has witnessed firsthand the mass incarceration of Black, Indigenous, Latinx and other youth of Color and, focuses on dismantling the ... 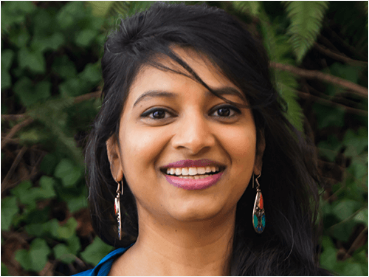 Priya Nair immigrated to the U.S. when she was almost nineteen years old. Her world and work are shaped by this experience, and she imagines a future where all people... 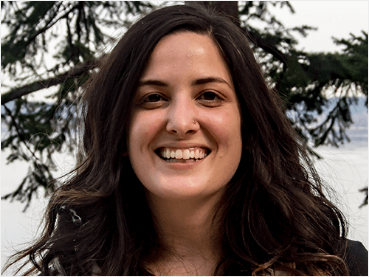 Priya Rai is a queer, mixed race, chronically ill prison abolitionist who is dreaming wildly and fighting to win. She comes to this work as a survivor of many forms of... 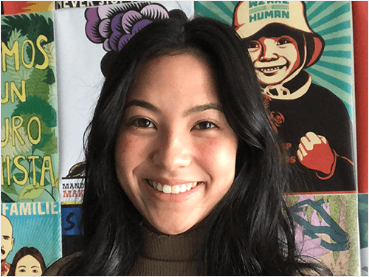 Satory is the Communications Director at Collective Justice. Satory comes to this work as someone who has lived through the impacts of mass imprisonment... 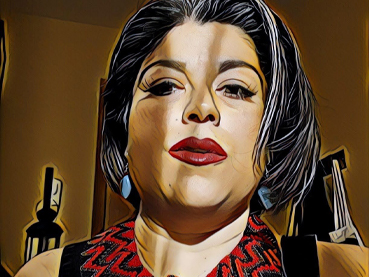 Stacy Torres is a politicized healer, cultural strategist, consultant, and a somatic practitioner. As a cis-queer femme Xican@ with a physical disability, she has spent... 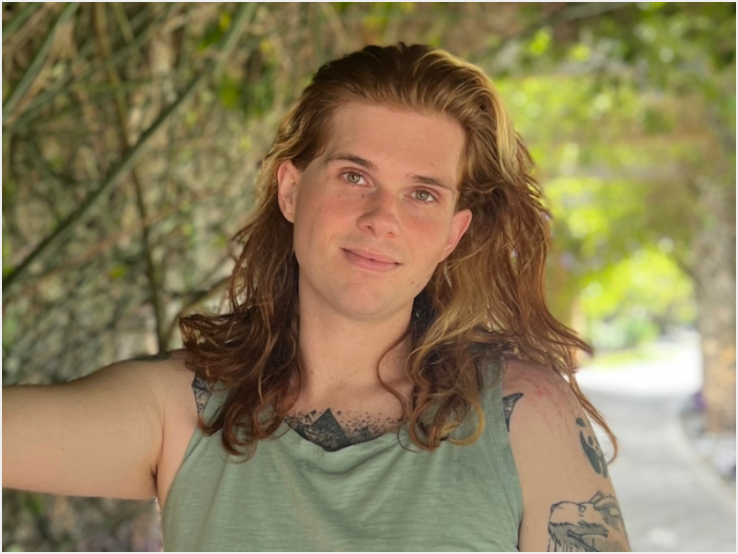 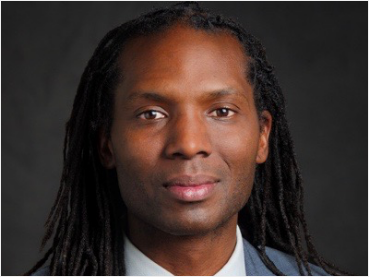 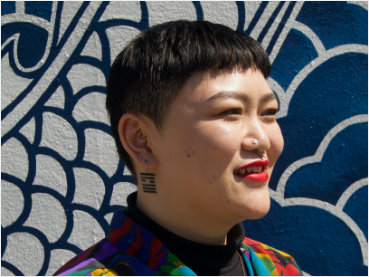 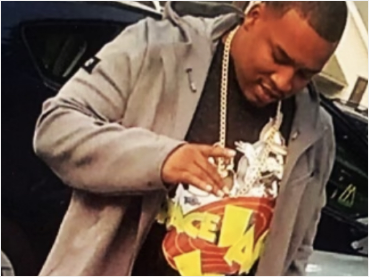 Andrew came to this work as a participant in our Community HEAL Circles program that was held in collaboration with Community Passageways’...

Collective Justice grew out of many conversations with survivors, community members, and incarcerated people who have been directly impacted by multiple forms of violence. We all came together to express the need for spaces and practices that focus on healing and not further harming and isolating each other. Community activists and organizers met with the Black Prisoners Caucus and Concerned Lifers Organization at Monroe Correctional Complex to discuss Restorative Justice programming. Many members expressed the desire for any opportunity to express remorse and make amends for the harms they caused and saw learning Restorative Justice practices as a way to continue their accountability and healing journeys.

Martina Kartman and Katherine Beckett visited the Bay Area to learn from the West Coast Poverty Center Restorative Justice practitioners, from Insight Prison Project, and individuals who had engaged in Restorative Justice Programs or direct dialogues (Victim Offender Dialogues) to hear about their experiences and methods. They expanded their knowledge on various restorative justice principles and models across the nation. Martina and Katherine shared their knowledge and experiences at Monroe with BPC and CLO. Those discussions became planning meetings and how to bring an RJ program to the prison. After tedious research and months of meetings and writing they were given approval to start the HEAL program at Monroe Correctional Complex at Washington State Reformatory.

A year later, Healing Education for Accountability and Liberation launched at Washington State Reformatory with three circles (45 participants total), and six facilitators. Healing Education for Accountability and Liberation (HEAL) is the first of its kind in Washington State. The program offers healing and accountability circles for incarcerated men and trans women. Drawing on restorative justice practices and transformative justice principles.

Shortly after, the Survivor Advisory Board launched with the founding circle of 12 participants in the community. These are circles of healing and support for individuals who have been impacted by violence. We build awareness and skills around coping with triggers, self and community-care, and resilience. There are opportunities for those that choose to engage in a facilitated conversation in which survivors are invited to share their stories with the incarcerated participants of our prison-based program. We center people of color and allies of all gender identities who have survived many forms of violence including gender-based violence, child sexual abuse, gun violence, homicide, and police violence.
‍
Our purpose is to support communities most impacted by interpersonal and state violence to build movements for safety and justice rooted in racial justice and collective liberation.

Our project greatly benefits from rom our partnership with Rainier Valley Corps and rests on on the collaboration of values-aligned partners including:

We are deeply grateful for the generous support of our committed supporters. Collective Justice currently receives support from philanthropic organizations and individuals including: